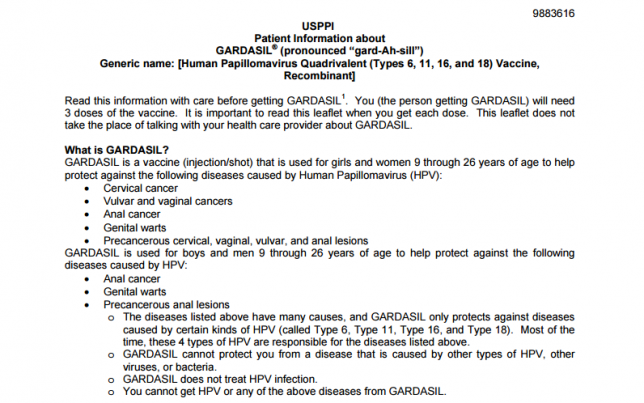 These highlights do not include all the information needed to use GARDASIL safely and effectively. See full prescribing information for GARDASIL.

See full insert sheet at this link at the Natural News Reference website.

GARDASIL, Human Papillomavirus Quadrivalent (Types 6, 11, 16, and 18) Vaccine, Recombinant, is a non-infectious recombinant quadrivalent vaccine prepared from the purified virus-like particles (VLPs) of the major capsid (L1) protein of HPV Types 6, 11, 16, and 18. The L1 proteins are produced by separate fermentations in recombinant Saccharomyces cerevisiae and self-assembled into VLPs. The fermentation process involves growth of S. cerevisiae on chemically-defined fermentation media which include vitamins, amino acids, mineral salts, and carbohydrates. The VLPs are released from the yeast cells by cell disruption and purified by a series of chemical and physical methods. The purified VLPs are adsorbed on preformed aluminum-containing adjuvant (Amorphous Aluminum Hydroxyphosphate Sulfate). The quadrivalent HPV VLP vaccine is a sterile liquid suspension that is prepared by combining the adsorbed VLPs of each HPV type and additional amounts of the aluminum-containing adjuvant and the final purification buffer.

Each 0.5-mL dose of the vaccine contains approximately 225 mcg of aluminum (as Amorphous Aluminum Hydroxyphosphate Sulfate adjuvant), 9.56 mg of sodium chloride, 0.78 mg of L-histidine, 50 mcg of polysorbate 80, 35 mcg of sodium borate, <7 mcg yeast protein/dose, and water for injection. The product does not contain a preservative or antibiotics. After thorough agitation, GARDASIL is a white, cloudy liquid.

GARDASIL is a vaccine indicated in girls and women 9 through 26 years of age for the prevention of the following diseases caused by Human Papillomavirus (HPV) types included in the vaccine:

• Cervical, vulvar, and vaginal cancer caused by HPV types 16 and 18

And the following precancerous or dysplastic lesions caused by HPV types 6, 11, 16, and 18:

• Vaginal intraepithelial neoplasia (VaIN) grade 2 and grade 3 GARDASIL is indicated in boys and men 9 through 26 years of age for the prevention of genital warts (condyloma acuminata) caused by HPV types 6 and 11. (1)

Limitations of GARDASIL Use and Effectiveness:

• GARDASIL does not eliminate the necessity for women to continue to undergo recommended cervical cancer screening. (1.3) (17)

• GARDASIL has not been demonstrated to provide protection against disease from vaccine and non-vaccine HPV types to which a person has previously been exposed through sexual activity. (1.3) (14.3) (14.4)

• GARDASIL is not intended to be used for treatment of active external genital lesions; cervical, vulvar, and vaginal cancers; CIN; VIN; or VaIN. (1.3)

• GARDASIL has not been demonstrated to protect against diseases due to HPV types not contained in the vaccine. (1.3) (14.5)

• GARDASIL does not protect against genital diseases not caused by HPV. (1.3)

• Vaccination with GARDASIL may not result in protection in all vaccine recipients. (1.3)

0.5-mL suspension for injection as a single-dose vial and prefilled syringe. (3) (11)

Hypersensitivity, including severe allergic reactions to yeast (a vaccine component), or after a previous dose of GARDASIL. (4) (11)

Because vaccinees may develop syncope, sometimes resulting in falling with injury, observation for 15 minutes after administration is recommended. Syncope, sometimes associated with tonic-clonic movements and other seizure-like activity, has been reported following vaccination with GARDASIL. When syncope is associated with tonic-clonic movements, the activity is usually transient and typically responds to restoring cerebral perfusion by maintaining a supine or Trendelenburg position. (5.1)

GARDASIL may be administered concomitantly with RECOMBIVAX HB (7.1) or with Menactra and Adacel. (7.2)

USE IN SPECIFIC POPULATIONS

Reproduction studies have been performed in female rats at doses equivalent to the recommended human dose and have revealed no evidence of impaired female fertility or harm to the fetus due to GARDASIL. There are, however, no adequate and well-controlled studies in pregnant women. Because animal reproduction studies are not always predictive of human responses, GARDASIL should be used during pregnancy only if clearly needed.

In clinical studies, women underwent urine pregnancy testing prior to administration of each dose of GARDASIL. Women who were found to be pregnant before completion of a 3-dose regimen of GARDASIL were instructed to defer completion of their vaccination regimen until resolution of the pregnancy.

GARDASIL is not indicated for women 27 years of age or older. However, safety data in women 16 through 45 years of age was collected, and 3620 women (GARDASIL N = 1796 vs. AAHS control or saline placebo N = 1824) reported at least 1 pregnancy each.

The overall proportions of pregnancies that resulted in an adverse outcome, defined as the combined numbers of spontaneous abortion, late fetal death, and congenital anomaly cases out of the total number of pregnancy outcomes for which an outcome was known (and excluding elective terminations), were 23.3% (423/1812) in women who received GARDASIL and 24.1% (438/1820) in women who received AAHS control or saline placebo.

Overall, 54 and 63 women in the group that received GARDASIL or AAHS control or saline placebo, respectively (3.0% and 3.5% of all women who reported a pregnancy in the respective vaccination groups), experienced a serious adverse reaction during pregnancy. The most common events reported were conditions that can result in Caesarean section (e.g., failure of labor, malpresentation, cephalopelvic disproportion), premature onset of labor (e.g., threatened abortions, premature rupture of membranes), and pregnancy-related medical problems (e.g., pre-eclampsia, hyperemesis). The proportions of pregnant women who experienced such events were comparable between the groups receiving GARDASIL and AAHS control or saline placebo.

Merck & Co., Inc. maintains a Pregnancy Registry to monitor fetal outcomes of pregnant women exposed to GARDASIL. Patients and health care providers are encouraged to report any exposure to GARDASIL during pregnancy by calling (800) 986-8999.

A total of 995 nursing mothers (vaccine N = 500, AAHS control N = 495) were given GARDASIL or AAHS control during the vaccination period of the clinical trials.

In a post-hoc analysis of clinical studies, a higher number of breast-feeding infants (n = 6) whose mothers received GARDASIL had acute respiratory illnesses within 30 days post vaccination of the mother as compared to infants (n = 2) whose mothers received AAHS control. In these studies, the rates of other adverse reactions in the mother and the nursing infant were comparable between vaccination groups.

Safety and effectiveness have not been established in pediatric patients below 9 years of age.

The safety and effectiveness of GARDASIL have not been evaluated in a geriatric population, defined as individuals aged 65 years and over.

The immunologic response to GARDASIL may be diminished in immunocompromised individuals [see Drug Interactions (7.4)]

Safety and effectiveness of GARDASIL have not been established in the following populations:

• Pregnant women. Physicians are encouraged to register pregnant women exposed to GARDASIL by calling 1-800-986-8999 so that Merck can monitor maternal and fetal outcomes. (8.1)

• Immunocompromised individuals. Response to GARDASIL may be diminished. (8.6) 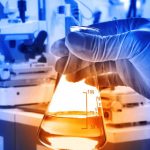 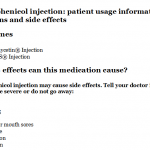 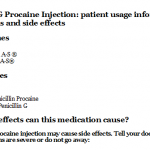 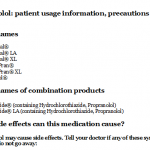 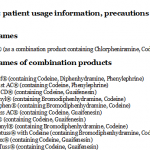